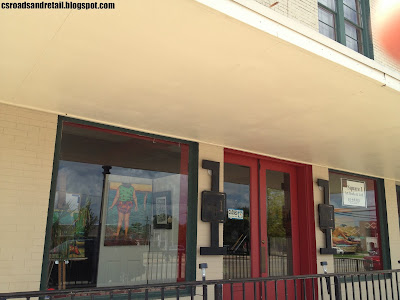 Picture taken by author, 2013.
Square One Bistro (serving primarily Italian cuisine) originally opened in the summer of 1996 (as per Chamber of Commerce newspaper clipping, though I've also heard 1995 for the opening), and it was, to my knowledge, one of the first "better" establishments in downtown Bryan since its decline. It was purchased in early 2009 by local restauranteur Charles Stover as what he wanted, a small fine dining establishment.

However, as it turned out, the Square One Bistro building in horrible shape: wiring was antiquated (the building was built in the early 20th century, expansions to the building were powered with extension cords) and the plumbing was in poor shape (pipes went up before going down--which has all sorts of potential problems, including grease build-up and sewage backups), and Stover had to spend an astronomical amount to fix those problems.

Unfortunately, this renovation marked the beginning of the end. While Stover Boys and Square One were both profitable (Square One's wine list grew from 10 to 110, and offered class and variety like no other area restaurant did), the problems stemming from Square One's renovation caused the owner to go into debt and it just got worse. Instead of turning profits and fueling what could be a prosperous chain bound for great places, the profits were funneled into debt payoffs. According to an old The Eagle newspaper, in October, Square One closed down and converted to the lower-end but more profitable Stover Boys brand, but it was far too late. Stover Boys was crushed under debt by late 2010, and the Westgate and Downtown Bryan location shuttered.

After the shuttering of Square One Bistro, the building was reopened in Summer 2011 as "Square 1 Art Studio". 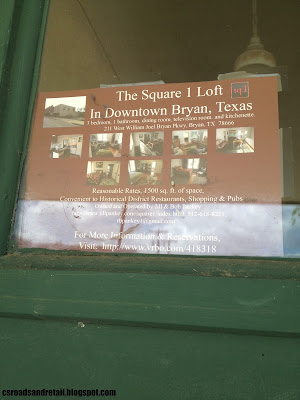 However, I can't verify that for sure.