The Safeway at the Health Department 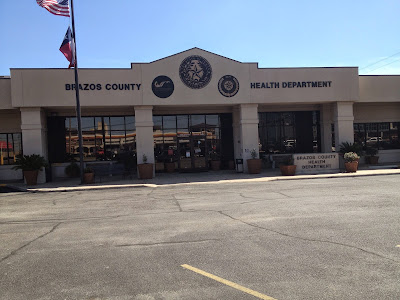 Boring government building or a disguised old supermarket? You decide!
Cross-posted from Safeway and Albertsons in Texas Blog

In October 1950, Safeway opened store #249 in Bryan, Texas, when they were a much smaller company than they later grew to be. It was likely from the Dallas division originally. 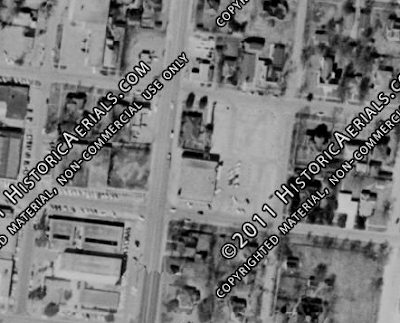 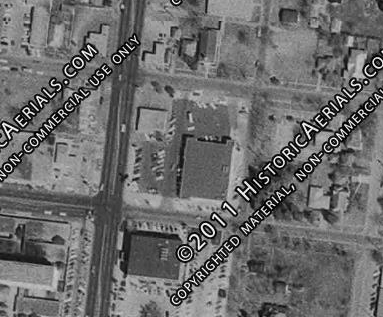 Now it's here! (1971)
In the mid-1960s, Safeway rebuilt their store directly behind their old one. The reasoning for this was never fully explained, especially since the store was only 15 years old at the time and there were no serious issues reported in the press (foundation issues, right of way clearance).

In 1986, the store closed, probably to distance from the newly-acquired Weingarten store just a bit down the road. The replacement store would last as a Safeway as just a few years before becoming an AppleTree. It would be the last AppleTree until Kubicek sold out around 2009.

Sometime within the next 5 years of 1986 it was remodeled into the Brazos County Health Department, though I could've sworn that they've done an exterior remodel in recent years--the old one was distinctly grocery store-shaped. Regardless of what they did to the front, there's some rockwork on the side of the store: that's one sign that it was a Safeway, I suppose. 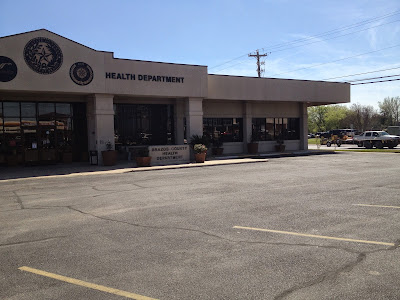 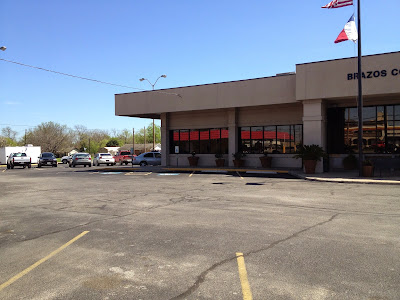 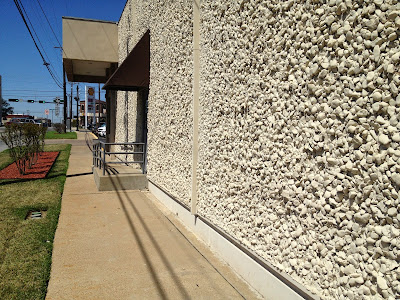 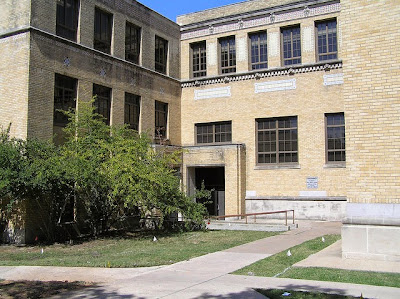 This picture is from Flickr, but I still took it myself.

Who loves old buildings? I do! I took these pictures of the 1932-built Scoates Hall (officially at 333 Spence) in June 2012 shortly after renovation plans were announced (I think Scoates was last renovated sometime in the 1950s or 1960s, I have a hard time believing that a lot of what I was seeing was 1930s vintage). Unfortunately, I didn't have good picture taking skills or a good frame of reference to where these were (the floor plan threw me a loop, you can't directly access the two halves of the building, and even the second floor connections require some maneuvering), so the pictures aren't entirely adequate. I can however tell you that the water fountain in one shot is totally gone, the stairs were reinforced with new guardrails (the old rails used to terrify me--especially since they were below a taller person's center of gravity), and the new hallways look nice and shiny, though of course something is missing from before renovation.

Check out the shots here, on Flickr.
Posted by Pseudo3D at 6:01 PM 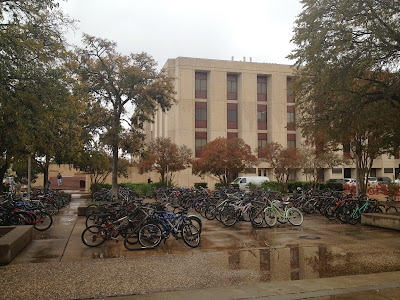 We'll be exploring this one soon enough.

In late 2014, I was planning to hurry up on the last posts before closing the blog indefinitely to focus on new endeavors, and Zachry was supposed to be one of the "big posts" the blog had gotten some fans from. It opened in 1972 originally and I have a full suite of photos (though many of the videos are still in storage) on my website, Carbon-izer. The building closed in February 2015 for a massive remodel that pretty much gutted the building (I haven't yet gone inside, but based on my experiences from The Commons, which was so offputting that I refused to rewrite the post, it's probably for the best). It doesn't cover the Zachry Snackery, as it had been closed for several years prior to my exploration, and doesn't cover the Einstein Bros. Bagels that was briefly in Zachry from fall 2012 to its closure. The modern "Zachry Engineering Education Complex" (ZEEC), as opposed to the "H.B. Zachry Engineering Center" (ZEC, though I have also heard it as the "H.B. Zachry Engineering Building") reopened in 2018 and has a Starbucks inside (like many other A&M buildings these days).