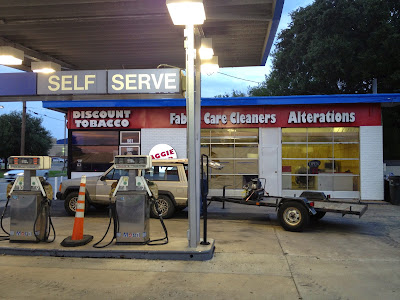 The former Mobil rides again.
Located next to a Century 21 office (which still does not have a picture or entry on this site), this (901 Texas Avenue South) was a Mobil for years (at least back to 1980, which is when I have phone books...and the building dates back to 1959 according to BCAD) but closed in 2004 (to the best of my memory) and was converted to Stratta Auto Repair a few years later before it abruptly closed in the early 2010s. I never released these pictures because the direct sunlight tended to mess them up, but here they are.
Looking at the garage, September 2013. Sorry my thumb partially obscures the shot. It was bright!
Another view, September 2013. I think that chimney is from another building which I believe may be part of the same complex. I remember the name of the business was written on the side wall facing Lincoln, but I'll have to do more research into it.
The pumps are still intact, September 2013. What a time warp!
Mobil signs, September 2013. A lone shadow looks in.
September 2013.
September 2013.

About a year later, noticing the activity at the site, I returned to take a few more pictures. Sadly, inquiring within about the Mobil signs had no positive response--the signs were gone, likely disposed. A FabricCare appeared to be going in the garage area next to a tobacco store (collectively, "Aggie Stop"). Here's some more pictures from Sept. 2014.

Wow, this thing still lights up!.
Another pump that lights up.
More lights.

Shortly after making this post in mid-September 2014, the renovations were completed at this location. A sign replaced the long-empty Mobil that read, "The College Station" with "Discount Tobacco" written under it. Based on photos from others, it appeared that the FabricCare (now departed) was a "store-within-a-store" operation and not actually a tenant.

At the time, I lived in Eastgate, just a quarter mile away. I liked the fact that they made efforts to make this look very similar to the Mobil that was once here, but for a while I actually believed that it was only made to look like a functional gas station and not a real one, given that they had custom numbers for the gas station and not the electronic ones (every passing year more and more Shell and Exxon stations would add it). I should've noticed that the prices were indeed changing with the market, and what ended up happening is that during late summer of next year, a Valero banner was placed over the sign. It really took me off guard, because not only was Valero buying essentially a dated gas station (the pumps were updated, they were not mock-ups, but the station hadn't seen a lot of updates over the years), but it was real the whole time! I felt a bit stupid for having thought so (plus "The College Station", the name, was a decent enough pun, though the "Discount Tobacco" threw me off) but the likelihood of reopening a closed-down half-century-old gas station that hadn't operated as such for a decade was so unusual I dismissed the possibility.

Sadly, Valero upgraded the prices to digital numbers, ending the unique features of the gas station and making it just like Valero took up operation in a dated and dying gas station.

The Last Days of the Diamond T Stables 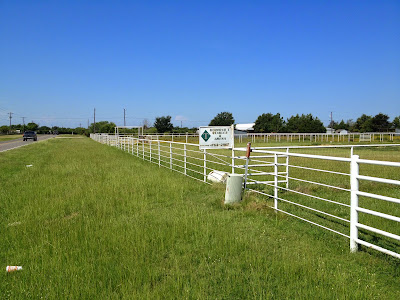 Back in 2013, I wrote about Alta Vista Christian Academy, which included a bit about the west part of Rock Prairie Road and mentioned these, some stables that had been on the road (originally Gandy Road) for a number of years. A few years ago, the land went up for sale on this one, and I knew I had to act fast: because a month ago or so, the city had revealed Equinox subdivision, which would eventually become "The Revelry Townhomes". And that's when I took these pictures. Diamond T seems to have opened in the early 1990s. Google Earth shows them there in 1995 and my 1998 phone book lists it, but the 1993 ones (and earlier) do not. Soon after I took these, the entire property was completely torn down and construction on the new development began. The Diamond T Storage next door continues to live on, though, but for how long is anyone's guess. 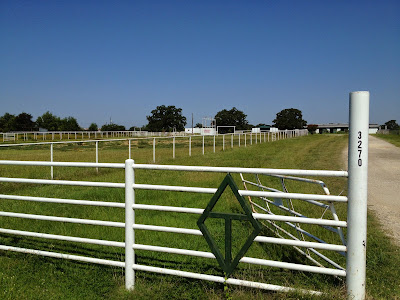 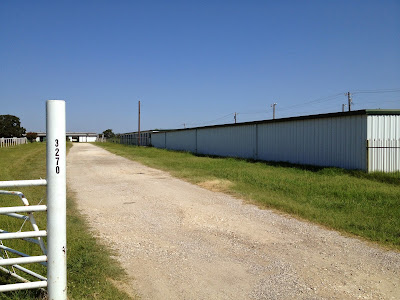 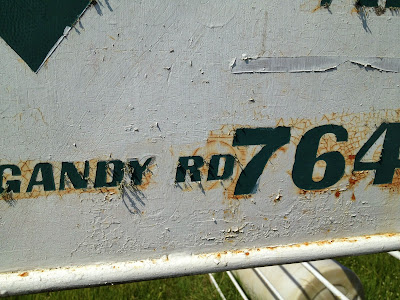