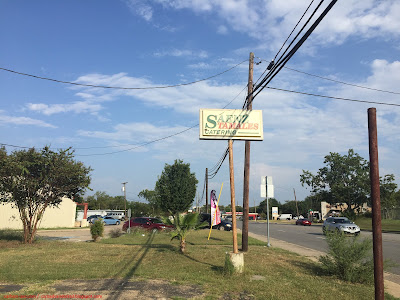 Extant Saenz Tamales sign.
It's the Christmas season here at Brazos Buildings & Businesses, and while it hasn't been a big tradition from my family, it's tamale time. What better way to mark the occasion with a walk-up shop known for tamales? Located at 1410 William Joel Bryan Parkway, the building today is a broken-down abandoned building. 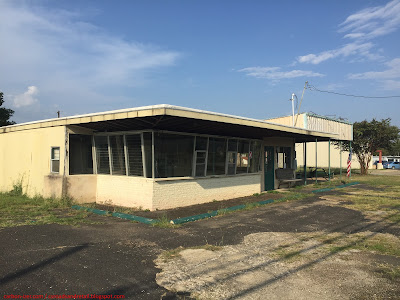 Saenz Tamales moved here in 1984 from 1418 Sandy Point Road (practically behind the later restaurant and also still has signage there), which still has a commercial building with a sign for Saenz Tamales along with a sign for Nesbitt's Orange soda and closed sometime in the early 2000s (when exactly, not sure). I remember a long time ago I went with my dad to get tamales here (back in the late 1990s), and they even had bumper stickers, a yellow one with red text reading "I ♥ Saenz Tamales", which was stuck on an outdoor trash can for years before sunlight and wear eventually ruined it. In its last days, this appears to have gone under the name of "Saenz Tamales & Bar-B-Q".

While the Saenz family still owns the land and building, it has been abandoned since its closure and is considered to be a "Dangerous Building" by the City of Bryan. 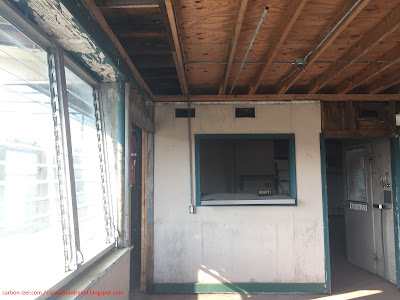 That whiteboard might not have been touched in well over a decade. Also note the "Wehrman's" sign, that's for another day. 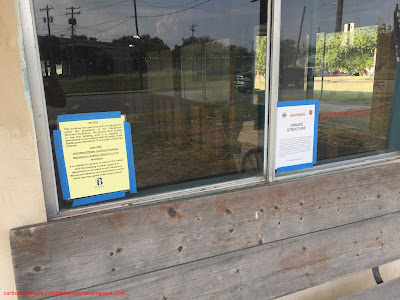 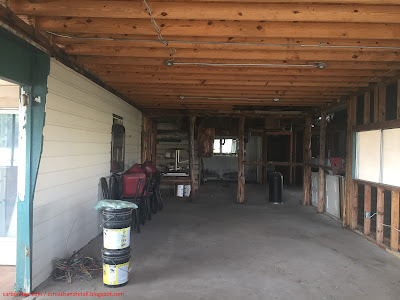 Located to the right side of the building, this appears to have been the interior dining room area. 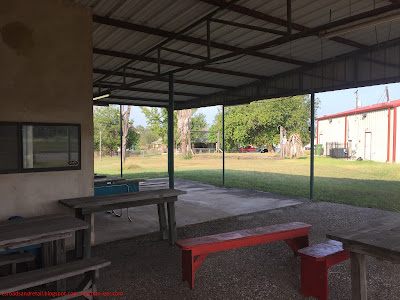 Outside seating area. You can sort of see the original Saenz building from here.


Editor's Note: Check out "Defunct Madden Concepts", an older post recently refurbished as a full post. Just in case you missed it. Also the pictures in this post are by me, taken November 2021.

UPDATE 12-28-2021: Well, it turns out that I couldn't see the old Saenz Tamales building, because the building was actually demolished several years ago! Street View was very out of date.
Posted by Pseudo3D at 11:18 PM