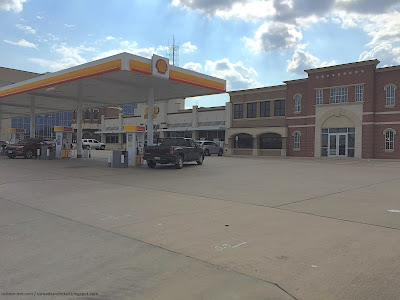 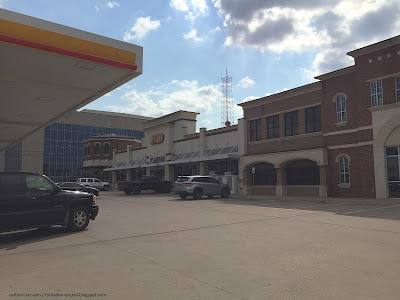 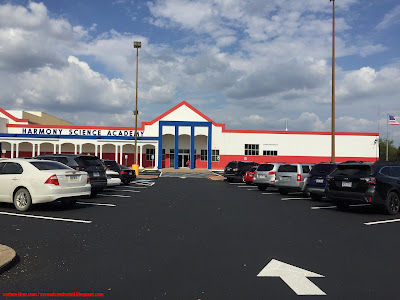 Most of the architectural details from H-E-B Pantry are gone, except the peak in the roof and those windows to the right of the entrance.
Despite a heavy retail-based focus on this website, I still haven't covered all the former grocery stores in town yet (even the post-1980 ones), and of course, the Bryan section on this website is still pretty small, with a good fifth of the Bryan content coming from since January 2020, but, like most of the Bryan content that's already there, it's on Texas Avenue.

I don't believe I went inside the H-E-B Pantry there at 2031 South Texas Avenue, but it was in an area with other grocery stores. It competed with Kroger and (for a few years) the Albertsons at the remodeled Townshire Shopping Center next door. It also had excellent access, it in addition to entrances off of Texas Avenue, long driveways connected it to both Twin Boulevard and Bywood Street. The store opened around September 1991 and closed in December 2004 shortly before the new H-E-B at the redeveloped Manor East Mall (Tejas Center) opened.

Following the move, the former H-E-B Pantry was left abandoned for a few years before Harmony Science Academy took it over in fall 2007 (though Google Maps Street View still shows the empty store with no signage as of November 2007). Later on, Harmony made more renovations to the property, including modifying the exterior and adding an expansion. It has also repainted since. In the Townshire article linked above, the exterior of the store is tan with dark red trim, the facade today is bright red, white, and blue. 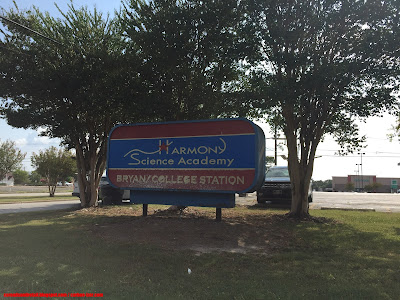 This sign near Twin Boulevard is from H-E-B Pantry, which had the rounded rectangular signs.
Harmony Science Academy is no stranger to converting grocery stores, over at Carbon-izer.com you can see an overview of Valley Mills Road in Waco, where Harmony took over both an old Albertsons and an old H-E-B.

All pictures here were taken by the author in September 2021.

Editor's Note: As part of some minor changes, the only new posts will be either buildings that are demolished or otherwise closed, had tenant changeover, had some significant change themselves, or are part of a larger story. So for instance, Spice World Market would not qualify ordinarily under this policy had it not been for the bit on Old Arrington Road. Likewise, even "being historic" would not qualify; therefore, something like Pruitt's Fabrics would not be covered.
Posted by Pseudo3D at 12:31 AM