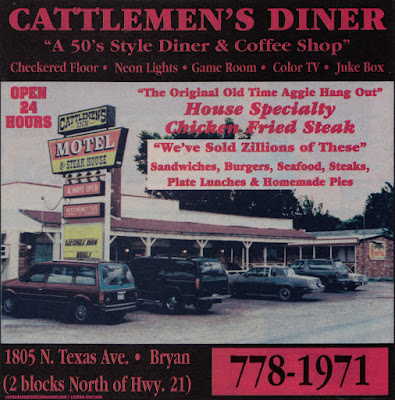 It's a rare color picture specifically advertising the restaurant, but that's about all we'll get from this elusive place.

24 hour establishments are a lot more rare these days thanks to you-know-what from last year, but one even rarer is a place without much 24 hour traffic, like North Texas Avenue, 1805 North Texas Avenue to be exact, north of Highway 21, just beyond the Old Hearne Road intersection.

The above photo is from a 1999 phone book, but nothing of remains of the motel and restaurant today. This is the current view of the property, the sign is still around but it's been gutted and used as an equipment lot.

As BCAD listings for the motel no longer exist (at least no longer publicly accessible), it appears that the lobby/restaurant building predates 1960, while the hotel was added on sometime in the late 1960s or very early 1970s ([1960s] is given as the address tag here). In fact, as late as 1978, the restaurant was called Buona Sera Restaurant (and was still open 24 hours, even back then), and a 1973 article refers to Buona Sera Motel & Steak House (but not does not give the address). It appears that the Cattlemen's Inn name for both appeared around the late 1970s.

The motel itself appeared to be very low end even in 1999, which probably contributed to its ultimate demise, and the poor location meant it was unable to be rehabilitated like others I've covered before, like the Villa Capri Motel in Waco. Villa Capri at least had a modest location at the corner of Franklin Avenue and Valley Mills, not near freeways, but near well-trafficked roads and a healthy commercial base. Not so much here, it was located across from Producers Co-Op.

Much like "Buona Sera Restaurant" and "Buona Sera Steak House" were used interchangeably, it looks the "Steak House" and "Diner" are one and the same, and it appears that the motel closed around the mid-2000s and was torn down in 2009.
Posted by Pseudo3D at 4:00 PM 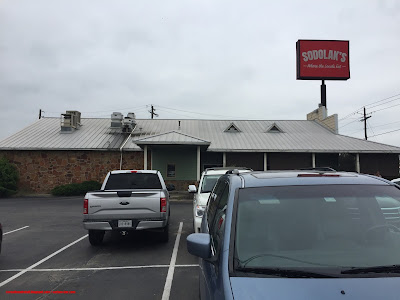 "Where the locals eat" is surprisingly on-point this time, as opposed to some obvious tourist trap. Picture by author, May 2021.

This opened in 1985 as The Red Bandana, a similar steakhouse (I have a late 1990s ad as simply "Red Bandana", as it was later officially known, but that didn't make it into the first edition of this post), but by 2004 it re-opened as Sodolak's Beefmasters.

Here is the Google Street View of the building at 3500 East Highway 21, while the photos below are mine from October 2019 presented without comment (though I think the Dallas Police Narcotics badge is pretty cool). 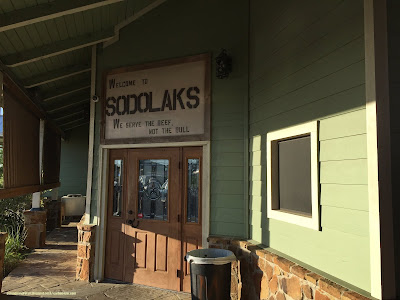 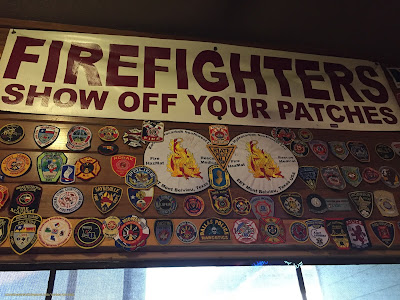 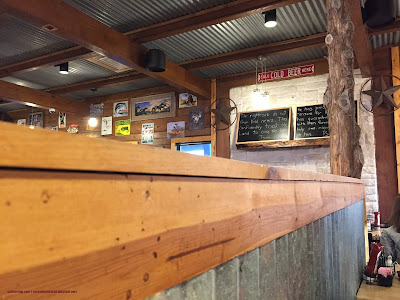 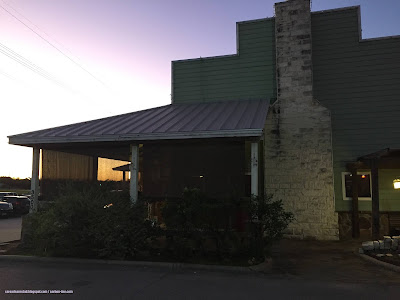 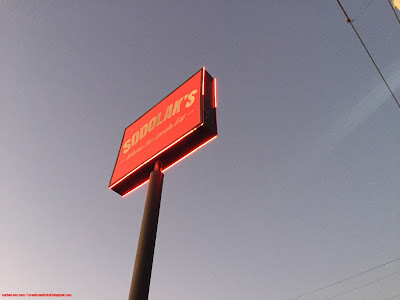 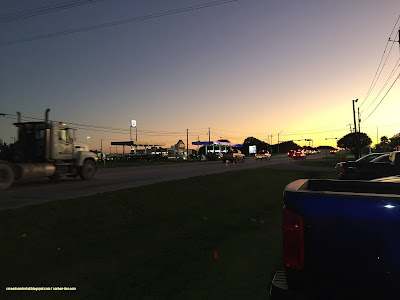 Editor's Note: You can see the Chevron in one of those shots here. Further west (past Bryan), you can see Smetana Grocery immortalized on the website.
Posted by Pseudo3D at 11:01 PM 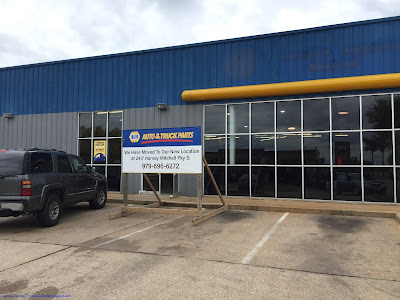 Taking a cue from Columbia Closings comes a minor post on NAPA Auto Parts, which moved earlier this year to a new location between Harvey Mitchell Parkway and Highway 6, leaving the former store vacant (and gutted at time of photography). Neither picture in this post is particularly good, but it was opened in 1997 with the original address of 1528 FM 2818 and later became 2144 Harvey Mitchell Parkway after the road changed names. It was also the first in the auto part trifecta near the intersection, of which AutoZone and O'Reilly Auto Parts are part of. 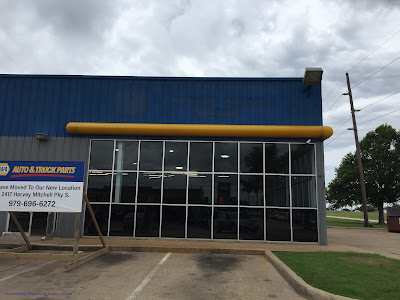 
UPDATE 09-15-2021: As of this writing, the next tenant, "Glo by TFO", an auto detailing and finishing company, has modified the exterior (still not finished) and is preparing for a move-in. Removed [Defunct] from the post, as well as making an edit fix.
Posted by Pseudo3D at 1:00 PM