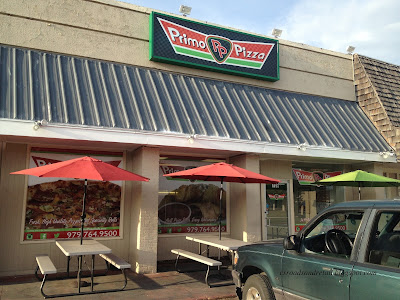 Originally I was going to rewrite my old Eastgate page, but then I figured I could easily rewrite it into several posts, not to mention it was several years since I did anything with it.

109 Walton, from my records, seems to have been food related during most of the recent past. "Wing Zone" was here in the early part of the 2000s, records indicate, and during the 1990s it was home to Partners Food Delivery. In 1989, it was "Guitar Shop", which was the actual name of the store and "associated with Holtz Music Company" (ad scan pending). My personal experiences deal with the current tenant and the two before it. First, there was Leaning Tower Pizza, which if I recall was here since the mid-2000s. It was an interesting place, with a particularly greasy pie with a unique cheese pizza. It was also very grimy for a College Station restaurant, but I didn't mind because that's why you have pizza...hot enough to kill any dubious bacteria. It had some garden furniture for an "eat-in" area and had "free delivery" that had a significant discount if you picked it up in store, which means it wasn't actually free at all.

Well, for whatever reason, Leaning Tower closed in spring (May) 2013. Luckily, it was said on MyBCS that Charles Stover, fresh from creating Flip & Peel at Post Oak Mall, had bought the store and recipes and would reopen with a new name and theme. Well, that didn't quite happen, and instead in late summer 2013, Primo Pizza & Rolls opened with an entirely new concept of gourmet takeout pizza, which included pesto on every slice (this opened in late summer 2013). Unfortunately, gourmet takeout pizza without an eat-in area wasn't something the market could handle (especially located in a neighborhood that was populated by college students and minorities) and Primo shut down in February 2014 due to underperformance, but the way it was worded indicated that the closure could be temporary. After all, the sign remained up. But in May 2014, new pictures revealed that the restaurant was gutted. (One more thing regarding Primo: Primo Pizza's webpage, archived in PNG form)

While an Eastgate pizza place was no more than a memory, it did have one more tenant afterwards that opened by fall. This is still open today...My Daily Bread Bakery. This was one of my favorite places in my neighborhood when I lived on Eastgate, cinnamon rolls for breakfast if I was running late for school, decent coffee and espresso, and even (though I don't know about it today), a selection of used video games (from her husband) for sale, where I bought Pikmin and I believe Metroid Prime. I haven't made much progress in either, or you would see it in Carbon-izer GAMES, my "game review" page.

Here are a few other pictures that I took in May 2014 after the restaurant was gutted.

UPDATE 01-21-2022: Removed old update that mentioned in 2017 the bakery was renamed as La Gabriella Coffeeshop & Pastries. Also removed the [2010s] entry since the building was not built in the 2010s. Further work on this page will be done eventually.
Posted by Pseudo3D at 9:55 AM