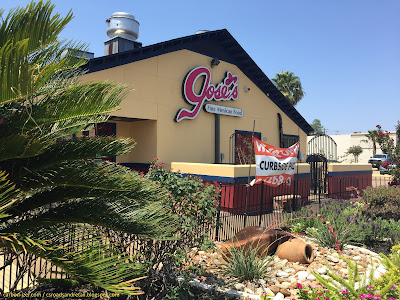 Picture from August 2020 by author.

It's been a really long time, hasn't it?

Despite some updates to several posts behind the scenes (mostly in regards to new tenants—nothing groundbreaking), there hasn't been a new post since Christmas of last year. That changes today.

From 1964 to 1991, 3724 South Texas Avenue was the home of Randy Sims Bar-B-Cue, which for decades was a popular barbecue restaurant, but in late December 1991, Sims retired from the business to focus on other pursuits including working as county commissioner. This page from The Eagle has some articles on it.

In 1993, it reopened as Jose's, a Mexican restaurant that continues operations to this day, with Jose's being in the building longer than Randy Sims' ever was. Jose's has a history of its own, from 1977 to the early 1990s it was located at 4004 Harvey Road. (The restaurant site burned down). 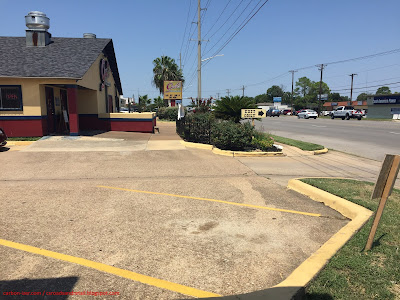 The exit/entrance signs are original to Randy Sims. (8/20, by author)

There's not a lot I can say about either since I never went to either, and as a result it comes off a lot of what I've been working on Carbon-izer recently, which is a bit like this blog but a wider scope, like a whole page on Westheimer Road in Houston, Loop 340 in Waco, and many more to come.