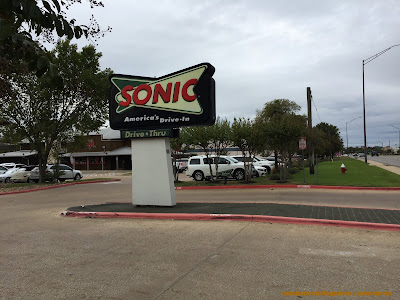 The upscale color scheme once suggested how College Station was becoming something different than it used to be, with Harvey Road on a growth spurt. (Picture by author, October 2019)
Opening in May 1999, the Harvey Road Sonic at 512 Harvey Road is mostly notable for its unusual color scheme of tan and green rather than the typical blue and yellow of the regular Sonic logo, it's still at the end of the day an ordinary Sonic restaurant.
I've been told that the city originally wanted a McDonald's restaurant in the spot but there was some sort of disagreement that resulted in the restaurant pulling out. I'm not sure on the details there, but it sounds intriguing... 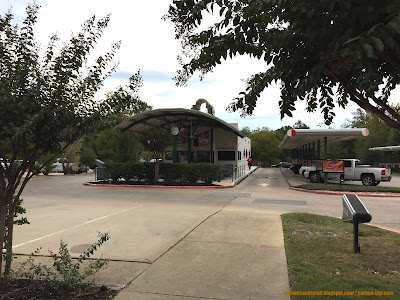 It may have received some upgrades since 2000, but they weren't listed on Brazos CAD.
UPDATE 09-24-2020: Changed store opening date (and as a result, the tag) of the store as per a source that worked there. Also removed Editor's Note.