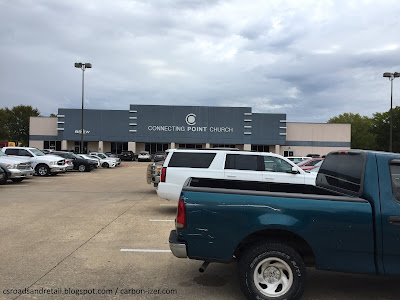 To break out of the recent hiatus, I had to think of a splashy new idea, and not just some random photo of a small commercial building (it would have been quite easy to just post a photo of the Southwest Parkway Wendy's and call it a day). I had started writing on the Westinghouse plant/The Science Park/Providence Park but I still didn't have photos for it.

Rather, I was walking around today in the Harvey Road area, and it hit me. Why don't I make a series on Harvey Road? Not on the road itself, although I've done that in the past, but rather some of the things along it. Previous posts on Harvey Road as of this writing include Former Circuit City, Post Oak Square, and the building which is now Fuddruckers.

The first building is one at 410 Harvey Road, which opened around 1997 (possibly 1998—very difficult as I only have some construction-related documents and nothing on grand openings) as an OfficeMax superstore, with all of OfficeMax's "store-within-a-store" features at the time, like FurnitureMax (office furniture) and CopyMax (print-for-pay services). The new OfficeMax also included space for a small fast food restaurant in front of it (later developed as Fazoli's), and a new access road, a stubbed-out George Bush Drive East road that ended before crossing Wolf Pen Creek.

I never went to OfficeMax all that often, probably collectively less than a half a dozen times before it closed in early 2012 and moved to a smaller location at Central Station and later closed. Within a few years, the building began hosting Connecting Point Church, which later renovated the building (not much, really) and put up permanent signage on the building. 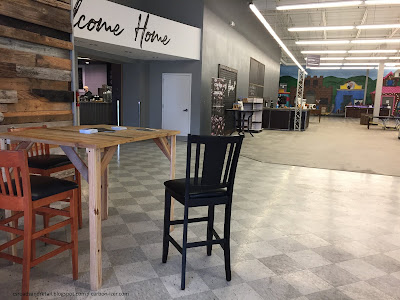 The church's foyer area and entrance to the coffee shop.

As the church is fairly small, there are two sub-tenants inside, both of which connect to the church foyer proper, The Brew Coffeehouse, open from 7am to midnight daily (except for Friday and Saturday, when it closes at 11), and Aggieland Pregnancy Outreach. 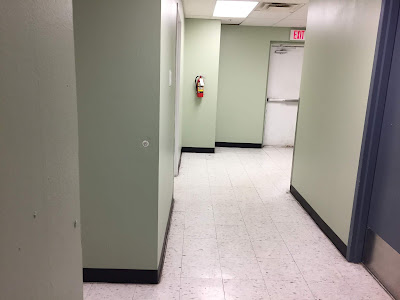 The back corridor with the restrooms hasn't changed much since the OfficeMax days.

Editor's Note: Next post will be a short post on Fazoli's, and about six other landmarks on Harvey Road will be covered by this series before the new Post Oak Mall post, and then I'll segue into/tease the next series, which will be the new idea for posts going forward, rather than a random grab bag of what I've collected recently. All pictures in this post were taken by the author, October 2019.