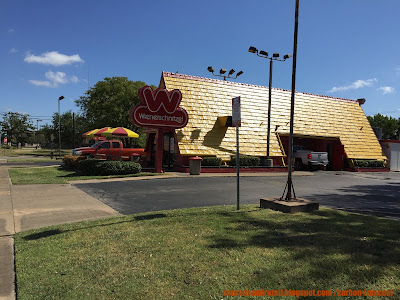 This picture is taken June 2019, the other menu shots were taken around 2012.

The Wienerschnitzel (called "Der Wienerschnitzel" in the early days) at 501 South Texas Avenue (Bryan) is definitely a relic, dating back to the late 1960s. That is a good thing: there are simply too few A-frame Wienerschnitzels left in the wild. I don't know this particular restaurant's opening, but I saw it in local newspapers (The Eagle, of course) back in the early 1970s, and this type was no longer built after 1973. However, all building searches mention elements built in 1992 (the oldest being 1982), which indicates that the rumors I've heard of this building burning down at some point and being rebuilt are true. There's no interior seating (only a few concrete seating benches inside), the drive-through is low and narrow, and the storeroom is accessed on the other side of the store (they load food supplies in the second level). 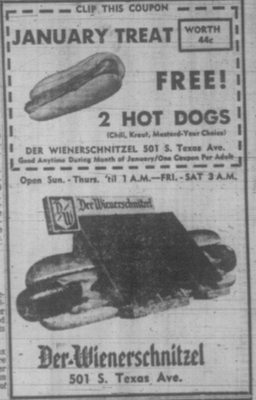 This ad comes from 1970, which proves that the Wienerschnitzel has been operating at this site for over 40 years. 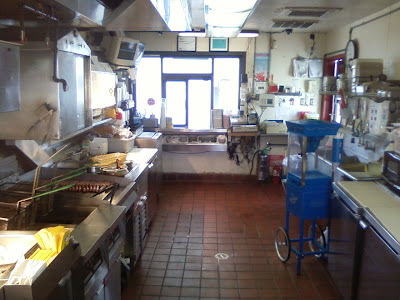 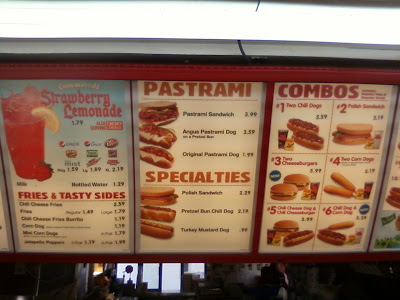 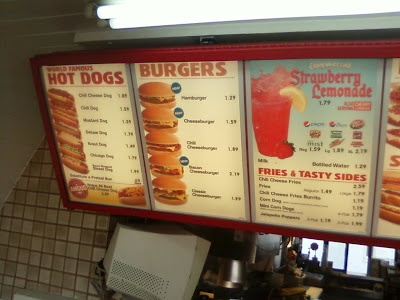 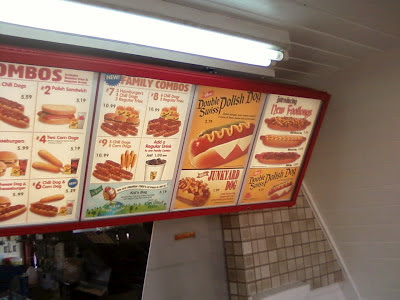