La Quinta next to Denny's 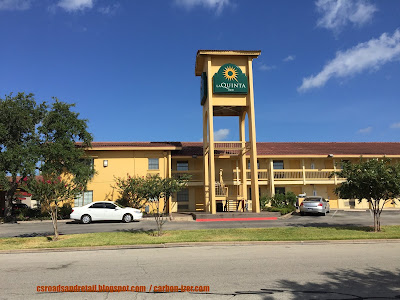 The current La Quinta as of August 2019 by author. Will it continue to be a La Quinta when the new one on the freeway opens?

Both of these buildings have the address of 607 Texas Avenue, thus they'll be covered at the same time. The restaurant at the corner of Texas and Live Oak was built in 1978 with La Quinta Inn was built in 1979 (originally "La Quinta Motor Inn", later "La Quinta Inn", before branded as simply "La Quinta") right behind it and, with the restaurant being Julie's Place (no. 139). The "#139" implies more of the chain, but from the Houston Chronicle archives, there's only references to the College Station location (none in Houston). Boasting a menu including hamburgers and onion soup, Julie's Place closed in January 1987 after a murder (there was a story on MyBCS, though I'm sure I had heard it elsewhere about how the manager actually swallowed the key to the safe and the stabbings were to retrieve the key, but I'm not sure on that since that's just a comment on the forum and the official court summary makes no mention of the key-swallowing incident). That said, an article from the Houston Chronicle did mention the body was cut from the sternum to the pelvis, which lends credence to the statement. 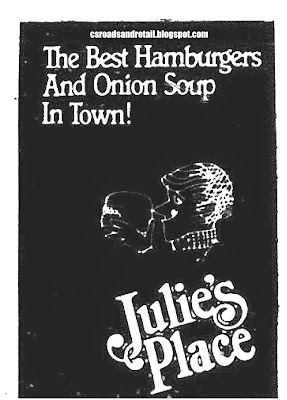 By 1989, it had reopened as Bombay Bicycle Club (not the 1990s, phone book lists BBC in that era), which was considered one of the nicer restaurants in town (it didn't have anything to do with Indian food), and by the mid to late 1990s it became a Denny's. 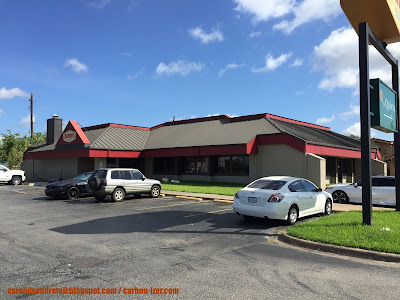 August 2019 picture of Denny's by author. Until about a year or so prior, it had green trim.
Additionally, the La Quinta has some additional buildings behind what is currently Rice Garden and the La Quinta Inn was previously home to a "super slide" of some sort, but I can't find much information on that. (Parts of this post originally appeared here).