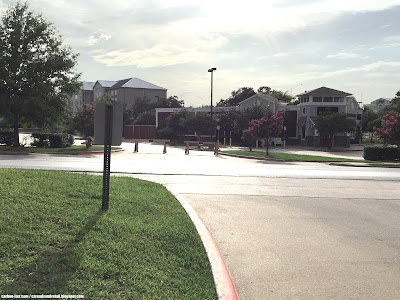 The current COVID-19 pandemic has done a number on local restaurants, and one of the victims appears to be the local Red Lobster at 1200 University Drive East. Opened in spring 2008 at the corner of Lincoln and University Drive East and replacing their 1983 location at Lincoln and Texas Avenue, the Red Lobster updated their logo in the early 2010s (2013) to their 2009 logo instead of the one they've had since the mid-1990s.

The restaurant was reported in late June 2020 to be locked out for non-payment of rent, and while some barriers have been put up to prevent vandalism/theft, I don't see the restaurant reopening. Also I apologize for the quality of the photos, it was taken when the sun was at a low angle, and I had to do some weird things to the photos to make them viewable. 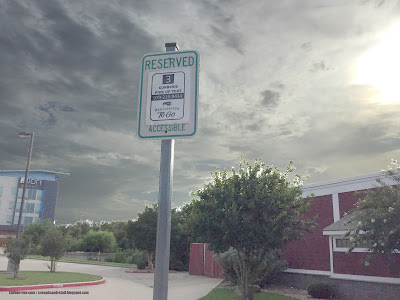 All of the handicapped spaces were converted to to-go spots. I'm not sure this was actually legal. 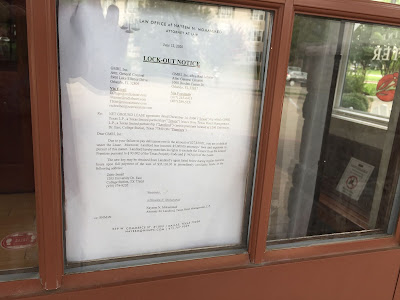 UPDATE 05-04-22: According to KBTX, Austin-based Trudy's Authentic Tex-Mex is coming to the spot, confirming after two years that Red Lobster is gone for good. Parts of the original post have been touched up.
Posted by Pseudo3D at 12:01 AM