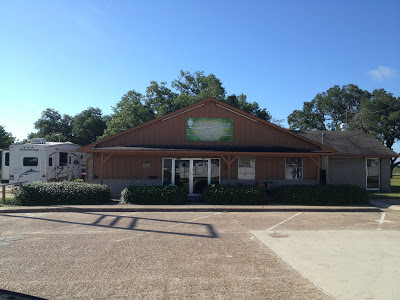 Back way before the Harvey Mitchell overpass and before the Holleman expansion, I'd like to tell you about a building on North Dowling, 101-A North Dowling Road. It is different from 101 North Dowling Road, a house behind it that was originally associated with the property (but now is just a rental).
My earliest memories involve a Shell station, with the older logo (golden shell surrounded with red) and a gray building, with, in capital letters, COUNTRY GROCERY. Between Country and Grocery, there was a circle, but covered up with a withered ad for pet food (I never found out what the circle originally said, though evidence strongly suggests it said LONE STAR FEED...but that is apparently incorrect). It was far older than I was, existing since at least 1983.

Unfortunately, my parents never went there. Ever. I heard it was because the owners were dishonest (keep in mind that the pumps were not pay-at-the-pump, something I take for granted today), and given the fact it was a convenience store, prices were always higher than a normal supermarket. (Ed: someone on MyBCS says it used to have tasty BBQ in this era)

In 2002, the store was sold and cleaned up dramatically, with the new name of "Barker's Country Store". The sign was fairly cheap (a simple flat unlit sign) but it had some thought put into it, with a "western" font and white text on a brown background. The facade was also repainted brown. Unfortunately, it didn't last. Part of the problem was Shell's. When Shell converted the Texaco stations in 2003, shortly following it was an upgrade of existing Shell stations to the décor and signage of the company, which the converted Texaco stores received. In College Station, most of the Shells converted, but a few didn't, and this was one of them. The store changed hands in 2004 and by early 2005, the Shell signage (but not the red and yellow signs) had become Summit, very similar to what happened to Rolling Ridge. As for the new owner, it was called "Jake's Food Mart" with a sign that looked like masking tape had been placed on red poster board creating a "JAKE'S FOOD MART".

Jake's was a bust as well, and it was under Jake's that the Summit stopped selling gas (the tipoff was when the gas prices quit updating in accordance to the market). In late 2006, the property was really cleaned up (repainted light tan, replacing whatever shade Barker's had painted it) and opened as "Shortee's Café", featuring a rather strange chef character. The pumps were torn out and the ground patched (I think the tank's still there). This was short-lived as Shortee's closed within the year, and in spring 2008 the building reopened as Travis' Soul Food. This I actually ate at. It was run by these nice old ladies with southern accents...I managed to get a menu (seen below) 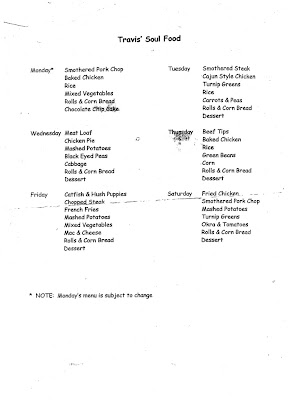 Food was served from metal pans that I guess were cooked from the kitchen and served cafeteria-style. It wasn't bad, but that not great either (I had a horrible feeling that I would be throwing up that night from food sickness). This too was doomed to failure and closed within a few months. In January 2009 it reopened as "Living Water Pottery". A few months later, however, the construction of the Harvey Mitchell overpass changed North Dowling Road permanently, from a stream of cars turning right on Harvey Mitchell Parkway to a minor access road that was primarily used by Moore Supply Company/Kohler trucks.

Despite this setback, the store remained open and and offered pottery lessons (and also painted the building blue). Later on, they repainted it again (and changed the sign). In fall 2019, the storefront closed, with the Facebook having this update as of September 2019. 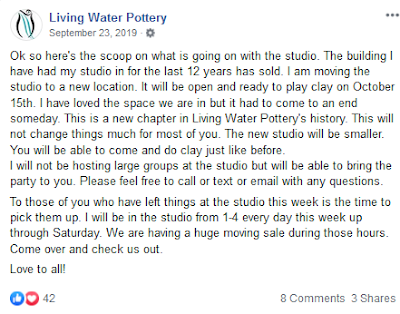 As a result, Living Water moved out to the artist's home on Hunters Creek Road, and is by appointment only.

The next tenant to come was Legacy Tattoo Lounge South, a spin-off of Legacy Tattoo Lounge on University Drive (pictured as Rodney D. Young Insurance but originally Pizza Inn). This painted the building gray (back like it was during the Country Grocery days) and gave it a new sign composed of smaller lights, giving it a distinctly sketchy look as it had no other signage or exterior updates. Perhaps that's the charm of it. 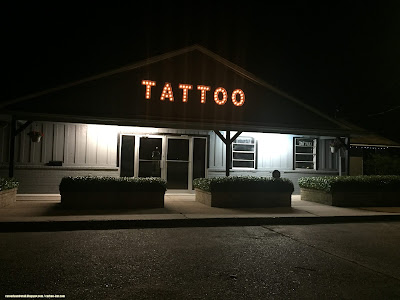 We leave you with one final picture: the old gas station sign, empty and decaying in the sun: 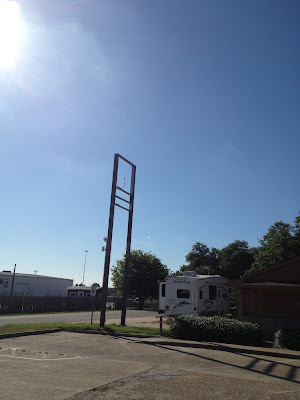 UPDATE 03-31-2022: A few things were done to the latest update of the post. First was clarifying the difference between 101 North Dowling and 101-A North Dowling, but also some minor rewriting and getting the timeline correct.