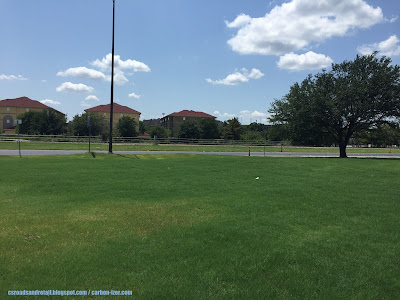 The Amtrak platforms STILL stand on the other side of the railroad, but 101 Grove is totally gone.

Even fairly late into the planning process of this page, I had considered this making this a multi-subject post to cover the other buildings demolished at the same time, including 100 George Bush apartments, Equity Real Estate (which was built around 1997-ish), the Unitarian Universalist church, and 101 Grove. Of these, I only had real interest in covering 101 Grove and Equity Real Estate, except I lack any pictures of the latter and my experiences with renting an apartment with Equity were less than stellar.

One of the reasons I'm bringing up this is so I could also bring up LoTrak, which is one of the "hidden sub-pages" of the blog. Had it been constructed, 101 Grove might have died that much sooner.

101 Grove first opened as Jazzercise Exercise Studio in 1984, a warehouse-like building (I seem to remember it having gray metal siding), and I believe they held this into around 1999 until the Northgate McDonald's was reconstructed, without a basement. At this point, a huge Golden Arches sign was erected on the building, facing Wellborn, and the McDonald's Training Center was born, which also seemed to have been the main headquarters for the local stores. Unfortunately, in 2002, the local McDonald's franchise retired, and so went the McDonald's sign. A few years later, the building was completely renovated inside and out, with stucco, windows, awnings, and a mural on the north side. Initially named "One-o-One Grove", by 2007, it was the home of Ellis Custom Homes, but a few other tenants were there as well, including Larsen Insurance, and (as of summer 2007), P. Dallas Construction Co., though it was largely a one-man landscaping operation.

By 2019, the property had been bought by TxDOT and leveled, with the parking lot stub cut off and everything neatly removed. I returned in August 2020 to take these pictures, but as you can see, there's nothing left! 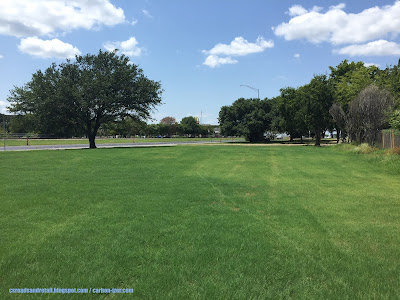