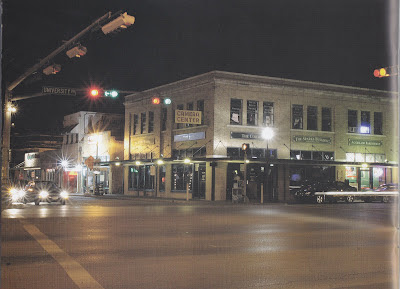 When I went to college at Texas A&M, there were five tenants at the Sparks Building, which was not even called that anymore. The way I would describe it at the time was at the bottom level, there were four storefronts. The first one was The Corner at 401 University, the second one was also part of The Corner (windows only, you could see where a door had been removed), then Pita Pit at 403 University, then for the fourth section, two doors, one into Northgate Vintage and one into Potato Shack. If you went into Northgate Vintage, there was a tiny, ladder-like spiral staircase that led to an attic-like area above Pita Pit. (It used to be actual vintage clothing, but by the time I went to A&M it had mostly evolved into an "eclectic styles" boutique).

To access the fifth business, Aggieland Barber Shop, there was a staircase on the outside, with a landing for the second level of Aggieland Barber Shop (accessed out of a side entrance), then the rest of the way up to The Corner roof. On The Corner side of the building, the side of the building facing College Main on the upper level had been gutted, I remember a staircase going up to the roof and passing a door that had nothing connected to it, just a door on the wall with no floor (it was quite strange).

After I went to A&M, The Corner took over the rest of the building, and Potato Shack, Pita Pit, and Northgate Vintage all closed (Northgate Vintage closed September 2015). However, while Pita Pit's space was gutted, Northgate Vintage and Potato Shack's weren't, probably because they were a victim of higher rents. Aggieland Barber Shop continued to operate. Here's a cell phone photo I took of the rooftop part after a football game around 2012, you can see it's packed as people are enjoying food and beer on a warm afternoon. 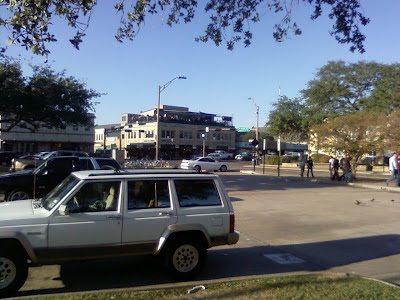 The building got its stucco front and rooftop seating after 2005 shortly after that picture (the old "Camera" sign was removed), and the 2004-era Sparks Building was the best it looked, as the early 1990s version was pretty grody-looking.

But at one time, the building was pretty grody-looking. 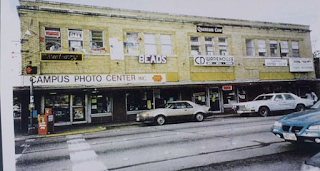 Other tenants this building has had over the years: 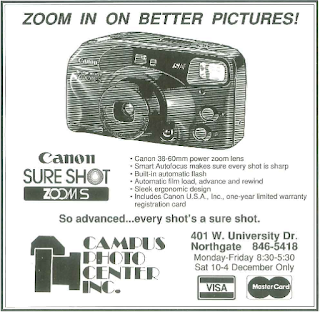 City Surplus (403) - Likely in the place where Northgate Vintage was, former name of Military Depot before it moved to Eastgate.

Quantum Cow (403) - "Tutoring" in the form of test answers. Closed around late 2000s, replaced by Northgate Vintage if my addresses are right.

Starships & Dragons (404) - Mentioned in 1989 directory. Comic book store that also had a location in Culpepper Plaza. Not in corresponding phone book.

This picture is more recent (2013), but I have no idea when it was from, because it sure wasn't erected anytime in the last three years. It obviously seems to not count the lower level tenants. 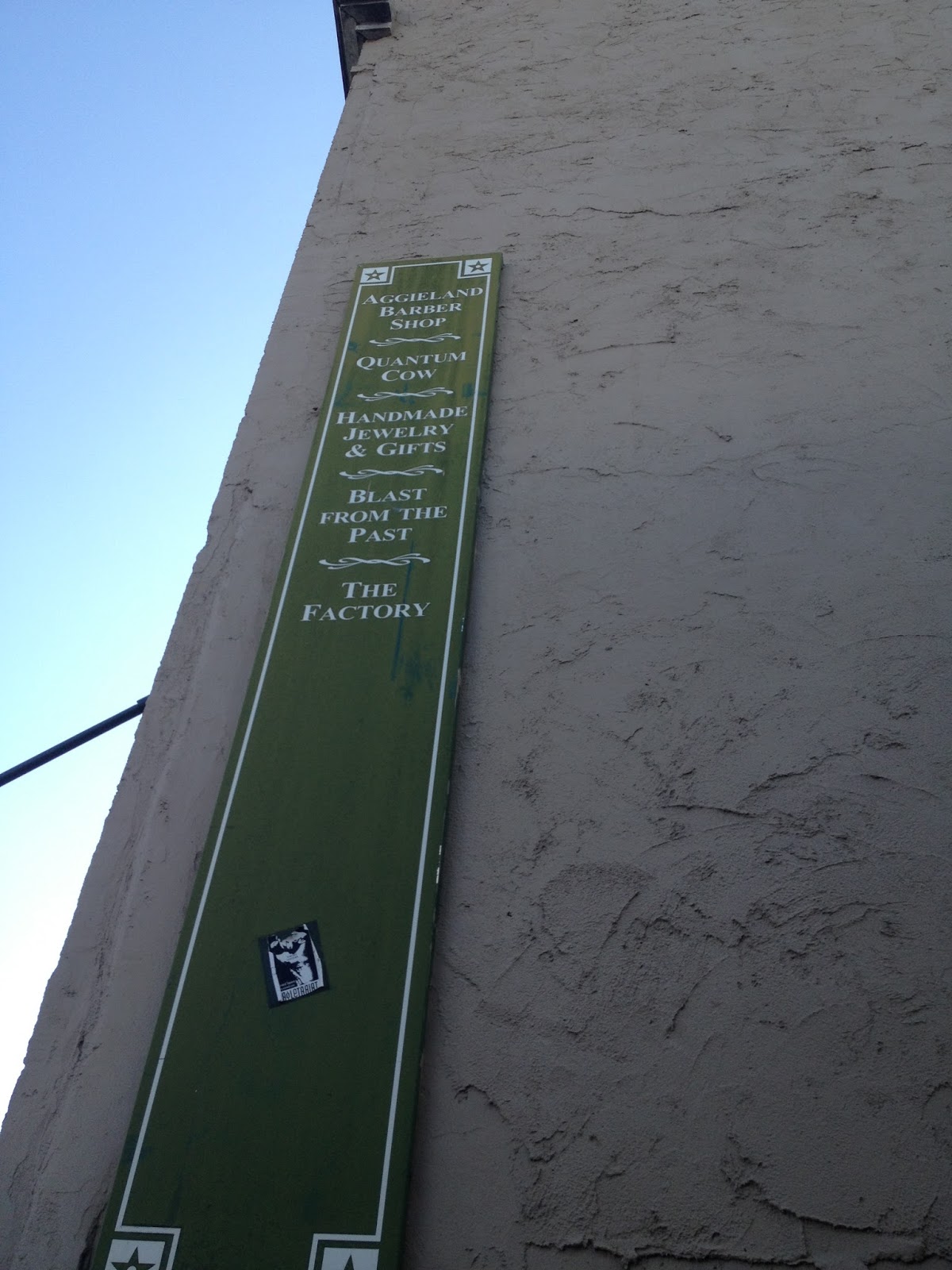