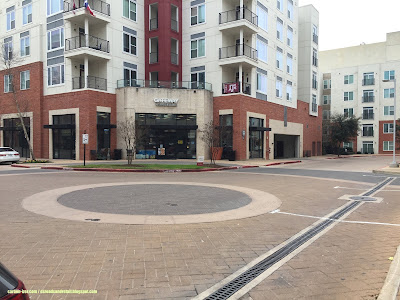 One of the coveted corners of this building is taken by a small convenience store, and not even a big name. (Picture by author, 1/20)

This post was originally written as "Other Buildings Demolished for Northpoint Crossing", as I intended to write a full article for the new development, and some of this content originally been part of the Plaza Hotel article a long time ago. Later I did make a Northpoint Crossing article, but at that point it was little more than a picture, as burnout had settled in.

Today, the Northpoint Crossing complex is composed of six large apartment buildings, some of which have retail space. The retail space never really took off, with notable exceptions. World of Beer (opened September 2015) sits on the corner of Texas and University in the 425 Northpoint Crossing building. Minuti Coffee opened at 424 Northpoint Crossing, the next building down, around the same time. The first tenant was actually a location of Toastie's Sub Shops out of Austin opening in spring 2015 but closing a year later (coincidentally, around the same time an Austin location was locked out for lack of lease payment, and by January 2017, the Toastie's chain, was, well, toast. In June 2018 it became Smallcakes Cupcakery & Creamery. Elsewhere in the 424 building but at Northpoint Lane and a road what we can only assume is also "Northpoint Crossing" a Gateway Newstands convenience store opened. 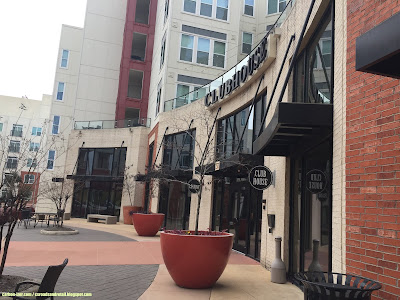 The Clubhouse is for residents only, standard for student apartment complexes. (Picture by author, 1/20)

What about the places before Northpoint Crossing? That's what you came for. 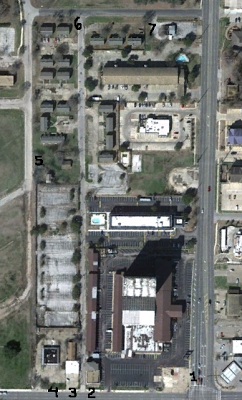 This represents the area circa 2011. Ignore the building marked as "2", it was covered in the main Ramada Inn article.
1. This was originally a Gulf station, opening too long after the Ramada, with a garage. It was kept relatively updated, with the only known change being turned into a Chevron in the late 1980s, which gave it a re-do on the trim from red-orange tiles to the early 1990s-era Chevron blue-and-gray. This was, of course, due to Gulf Oil being bought by Standard Oil of California in 1985. Standard Oil of California changed its name later that year to reflect its flagship brand, Chevron.

This particular Chevron gas station was finally shut down in the mid-2000s and torn down circa 2007. I don't remember the garage specifically, however--it's possible that it was converted into a convenience store in the 1990s (but I have no proof of that). Some older phone books refer to this as "Piper's Gulf (later "Chevron", of course) Service Center". The address of this was 420 Texas Avenue. A decent enough picture of the gas station (Chevron) can be seen at the main Ramada Inn article.

3. This was was built as a UtoteM convenience store, once extremely common across town and the state. It became a Circle K in 1984 with the buy-out of the chain (and was already closed by 1989 following Circle K's massive retraction). Later on by 2007, it became "Ink Dreams", and a few years later, "Oasis Pipes & Tobacco". The address was 1405 University Drive. I don't have the full history of the building, however. In July 2013, I discovered in 1995, it was listed as "Sterling Automotive". Since the lot of the former UtoteM is pretty small, it's likely that this was either just a showroom or the old parking lot behind it (as seen) was used for Sterling, and not for University Tower. Oasis moved to Eastgate after it was evicted. There's a back portion of this, I don't know if the buildings were physically connected or if it was just an additional office space area off of Meadowlands.

4. 1403 University Drive held a Kettle restaurant, dating back to at least 1980. Distinctive because the yellow and black P A N C A K E S sign, it closed sometime in the 1990s (it was open at least into 1998, so that's the date I'm going to go with). While the Kettle signage disappeared several years before its demise, the PANCAKES sign (not unlike the Waffle House logo, which it's often confused with) was very distinctive. Kettle sold the property in 2004 to Leonard Ross (Rossco), which like other properties he owned just deteriorated until it was sold to the Northpoint Crossing developers in 2011.

Regarding these two I have two Google Maps Street View photos, one from 2011 and one from 2007 (it shouldn't be too hard to tell which one is which). It also clearly shows the P A N C A K E S sign, so if you have any doubt that it was a Waffle House, you can dispel them, because we never had one and from the likes of it won't be getting one anytime soon (let's be realistic here). 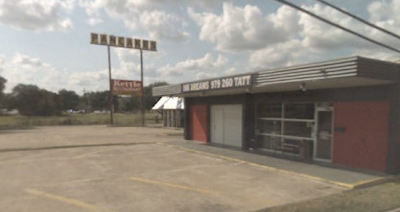 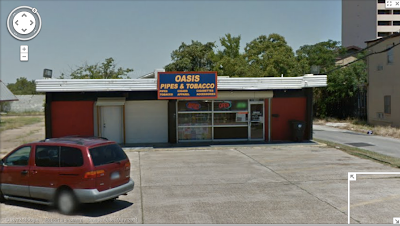 6. These were some apartment buildings colloquially known as the Meadowland Apartments,
Originally part of another development called North Park (and the building out of the rest of Meadowland Road), the Meadowland Apartments (6) were (likely) built in the 1980s and were owned by the same owners of University Tower at one time. I'm guessing these were closed in 2005-2006, but I don't know for sure. I believed them to be located at 701 University, but later evidence suggested that they had individual addresses per building, which I haven't found yet. Remarkably, a few still stand: I guess that Northpoint Crossing never managed to get all of them. At least one of them was demolished for the "Home2 Suites by Hilton" hotel. The two today are fourplexes with 1402 Northpoint Lane and 1404 Northpoint Lane, but these have been changed. They weren't originally 1402-1404 Meadowland.

5. This was the only remaining house left on the block, 125 Meadowland. This was taken out for the redevelopment. It looks like it had a second structure behind it: possibly additional bedrooms. I had some friends who lived in Eastgate around the time I originally wrote this post, wherein at least two lived in the main house, and at least one lived in a shack behind it. I'm not sure if that was even allowed via ordinances. 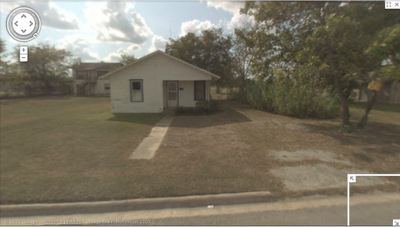 7. This was a 1960s-era building has seen a few things come and go. The address was 100 Texas Avenue South.

The mid-mod building started out as the Dutch Kettle Snack Bar (*not* related to the Kettle restaurant on University) there at Hensel and Texas, and probably one of the first (if not the first) 24 hour eateries in College Station. Alas, while other 24 hours eateries benefitted from the Plaza implosion such as Fuego and Denny's, this did not, as had been closed for years (even as the donut shop, which was decidedly NOT 24 hours). In the late 1970s, it became Schlotzsky's (one of the first franchised locations), though a 1976 article suggests that a short-lived location at 808 East Villa Maria Road may have been the first), and remained as such for years, even into the 1990s). By 1980, this store and a Culpepper Plaza store was in place (unknown address for Culpepper Plaza). By the late 1990s up to the mid-2000s, it was "Snowflake Donuts", which closed without much notice well prior to the demolition of the area (presumably after Schlotzsky's moved closer to Northgate . This was, as John Ellisor has mentioned, a chain, and even today, a a sibling store is off of Gulf Freeway in Houston. The Houston location was heavily modified at some point in the past while the College Station one was virtually untouched...but the Houston one still stands with its dual chimneys. Later on, this became the leasing office for Northpoint Crossing where it continued to use the address. 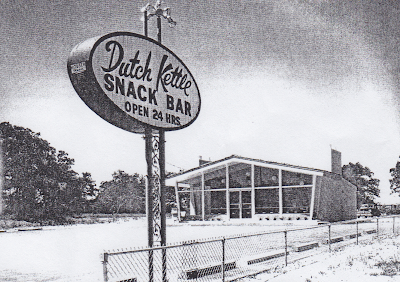 Not mine, originally from a Brazos County history book 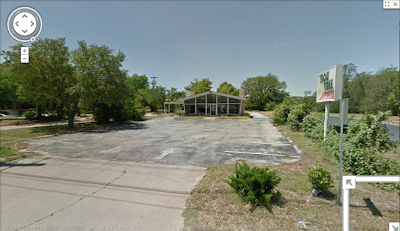 Street View of the restaurant shortly before demolition