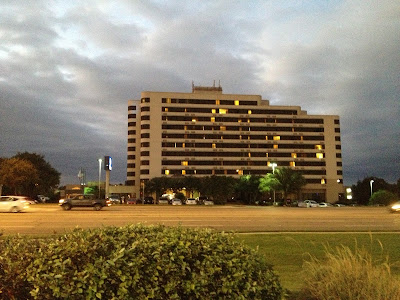 This was taken in October 2015, and it was actually a lot darker than this, but the flash wasn't on.

The Hilton opened in May 1985 (confirmed), and unlike the Ramada Inn a few miles down, survives today as a Hilton. Plaza Café became Bell Ranch Steakhouse later. Personally, even accounting for inflation (about $109 today), that sounds great, especially in October 1985 (football weekends). And they include alcohol and a gift basket as well? Not bad, not bad at all! 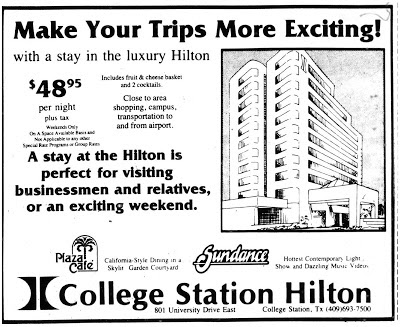 I have no idea what became of Sundance, though. Additional history (renovations, etc.) is always appreciated...though I do believe it renovated at least twice to some extent.