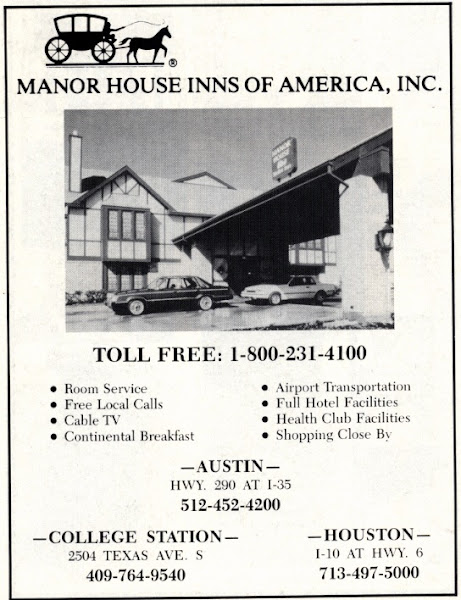 From a 1988-1989 Aggie Football guide
I went to Adamson Lagoon many times when I was younger, and seemingly towering over the pool area (certainly if you went up to the large slide) was the larger Manor House sign, a motel that was about a quarter mile away on 2504 Texas Avenue South. I don't remember when the towering sign disappeared (as part of sign ordinances, no doubt, a similar fate befell McDonald's just a ways down the road). It also has renovated completely around the time of its name change to just "Manor Inn" (probably much needed, the Days Inn next door remained in a time warp, and it still is like that today.

The original sign (which you can see in the advertisement) looked like this except it was maroon instead of black, as it was a chain at one time, and even in 2001 a Waco location still existed. (Brazos CAD says it was built in 1982, and by 1983 it was clearly open). 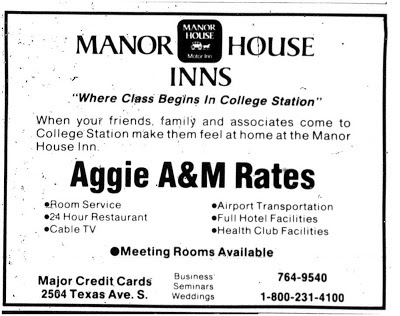