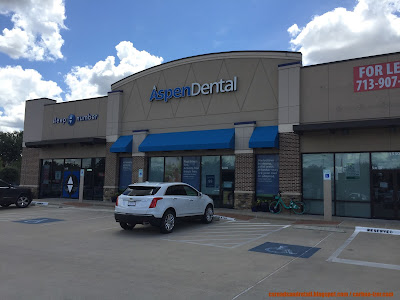 Originally reported as part of the Aggieland Inn article when, according to a CSTX New Development list (no longer available, at least not very easy to find) had lots 317, 319, and 321 Redmond Drive abandon their public right of ways. These used to be the "Travel Kleen" car wash and the Summit station, which were both demolished circa 2007. I thought they were part of the redevelopment, but it wasn't.

In 2013, a strip mall was put up on the site, with the area's first Sleep Number by Select Comfort and Aspen Dental, with a location of St. Joseph Express being included a year later (I believe briefly it had the pre-CHI St. Joseph logo) but it closed down by 2018. This had the address of 1530 Texas Avenue, along with the name Redtex Center (REDmond Drive and TEXas Avenue), though I don't believe this was always part of the development. 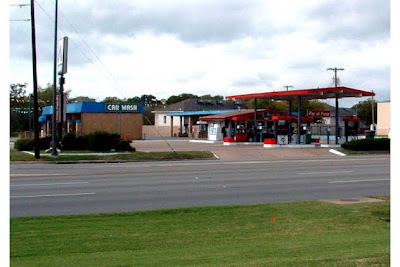 This is what it used to look like according to Loopnet, though the listing has since removed.
I've stopped at the Summit at least once (it was quite run-down) but never at the Travel Kleen--I wasn't aware there was a car wash even there (probably why they closed). Unknown to when either were built, but in the mid-1990s, this Summit was originally a Shell with a Zip'N convenience store. While a number of the older Shells did not make the conversion in 2003-2004 and had to convert to Summit stores, namely the two rural Shell stations profiled elsewhere on this site, the Shell here converted earlier. I'm not sure when this conversion took place. The Shell was at 321 Redmond (the same as Summit), and it was a Zip'N in 1989 (store #102) though it had been removed by 1993. The Shell signage remained up until at least by 1995.

Updated August 2019 and renamed from "Travel Kleen and Summit"