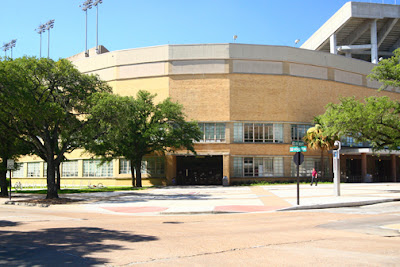 A sight you'll never see again! (from AggieMap, which has since removed this picture)
No pictures are enough to replace G. Rollie White Coliseum or the Read Building (built 1954 and 1985, respectively), but I do have some pictures (about three dozen) that I took with a friend at the end of last semester. It was an odd experience: some offices and rooms were stripped, giving a true "urban exploration" experience, but some weren't (people taking finals, for one).

G. Rollie White Coliseum was two levels (an arena and a smaller upper level), with Read Building being four (second level of Rollie is Read's third). Read is connected to the lower Kyle Field decks. These were demolished for the "new" Kyle Field, with Read gutted for the enclosed west side area (but the area seems to be completely rebuilt with no obvious leftovers from Read). In its heyday, G. Rollie was the Reed Arena of the time, hosting graduations, the A&M basketball team, and some big acts in its day, including REM, Jimmy Buffett, and even Elvis Presley.

You can see the pictures of Read and G. Rollie I took on Flickr.

As a bonus, here's an article from October 1985 detailing renovations to G. Rollie, which was probably done in conjunction with the Read Building expansion. 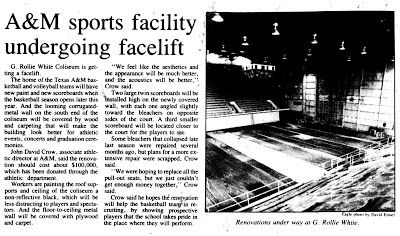 You can see the pre-renovated arena here. 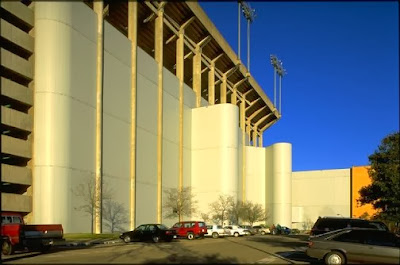 Read Building wasn't much to look at, as it was cleverly disguised as part of Kyle Field. 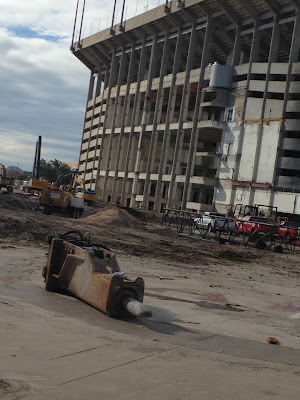 You could see into Read in this September 2013 picture.