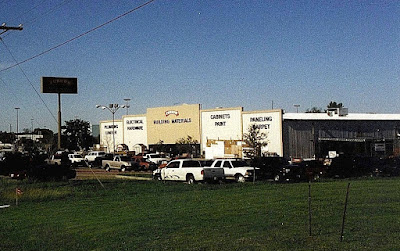 Opening in June 1984 (the ad below is from 1985) as perhaps one of the earliest commercial buildings east of the freeway, Furrow (everyone called it "Furrow's", though) was the main go-to hardware store in the 1990s for me. It was the type of store that could be called "your father's hardware store", it was for my dad, and I have fond memories of it, too. The company went out of business in 2001, and was in the last stores to close. I remember one of my last visits was on September 11, 2001. It had tile on the floor and drop ceilings, and was by all definitions a classic hardware store: bulk displays of the basics (like nails) that you could fill your bag and weigh, plumbing equipment, an outdoor lumber yard, and more. 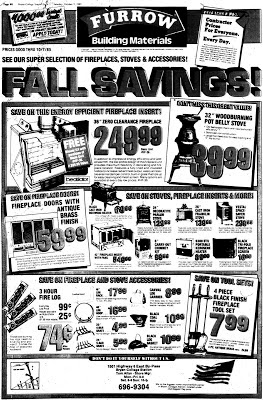 To me, this was the distilled version of the "hardware store". It had plumbing, insulation, and other things for DYI work, but didn't have large bathroom displays, no lawnmowers on display, no various household appliances (no smoke detectors if I recall correctly, but may have stocked lightbulbs), no garden center, no flooring. The employees didn't try to upsell overpriced décor for your house, and it was convenient.

There were also lots of candy in bags near the front, about a pound of the stuff each, like, say peanut candy. I remember I got something near the end of the store's days and it was really stale, indicating that they hadn't moved merchandise in that section very often. 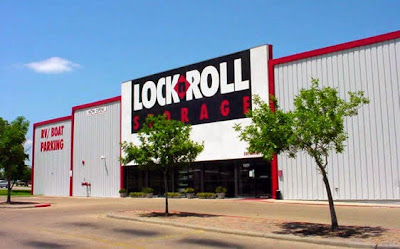 Years later, I would revisit the "small hardware store" scene with Ace of Aggieland, though sadly it just wasn't the same (for reasons detailed there).


Updated October 2017 with new date from reader mail
Posted by Pseudo3D at 9:09 AM